Mallet haircut: what is it?

I came back from the hairdresser and waited for compliments. For quarantine, longing for experiments with the image, I decided on drastic changes. Together with the hairdresser, we decided to say goodbye to all the boring hair length. Well, not that with all, let’s say: practically with all.

And now my “compliment generator”, my husband, said: “You are very good, you look a little like David Bowie now.” I think you guessed it now that I am wearing a mullet.

Mallet – a haircut with a century of history. A kind of synthesis of a short haircut and long hair. Also in Iliad Homer mentions hair that is short in the front but long in the back. And it’s true, it’s better for ancient people not to come up with haircuts: nothing bothers the face, but at the same time it warms the neck from behind. A very practical option, I think. But I, of course, were not driven by these ideas. The word mallet itself has Greek roots and is translated as mullet… True, what the fish has to do with it is not too clear.

And if you delve into history not so far, then the real dawn of the mallet experienced in the 80-90s of the last century. The haircut was originally masculine. She was especially popular with rock musicians of that time. They even dedicated a song to her with the title “Mallet head“…

But the weaker sex of the 80-90s could not stand lagging behind men in anything, and soon a female version of a mullet haircut appeared. With such hairstyles have been seen Patti Smith, Cher, Jane Fonda… Mallet was popular with young people of that time and testified to the courage, brightness and freedom of its owner. 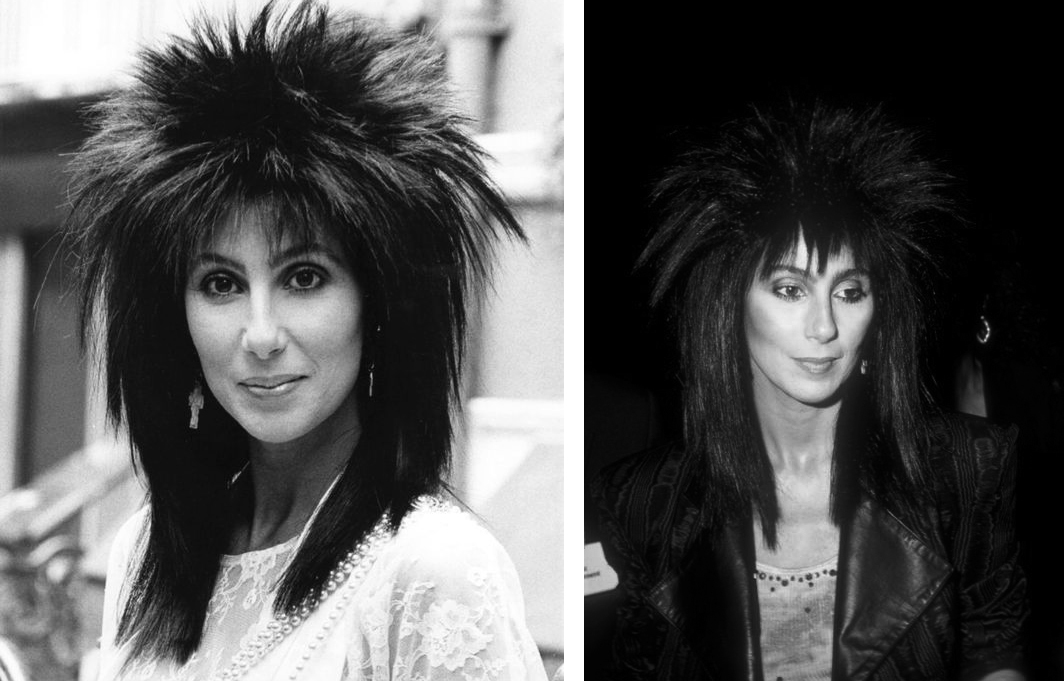 Fashion, as you know, goes in circles. And now, almost 40 years later, we see the return of the legendary haircut. Mallets also returned in the 90s, but not on such a large scale. Now, as before, this is not just a hairstyle, it is a bright accent in the image, a statement to the whole world about its originality. That is why, from all the possible variety, I chose a mullet for myself. 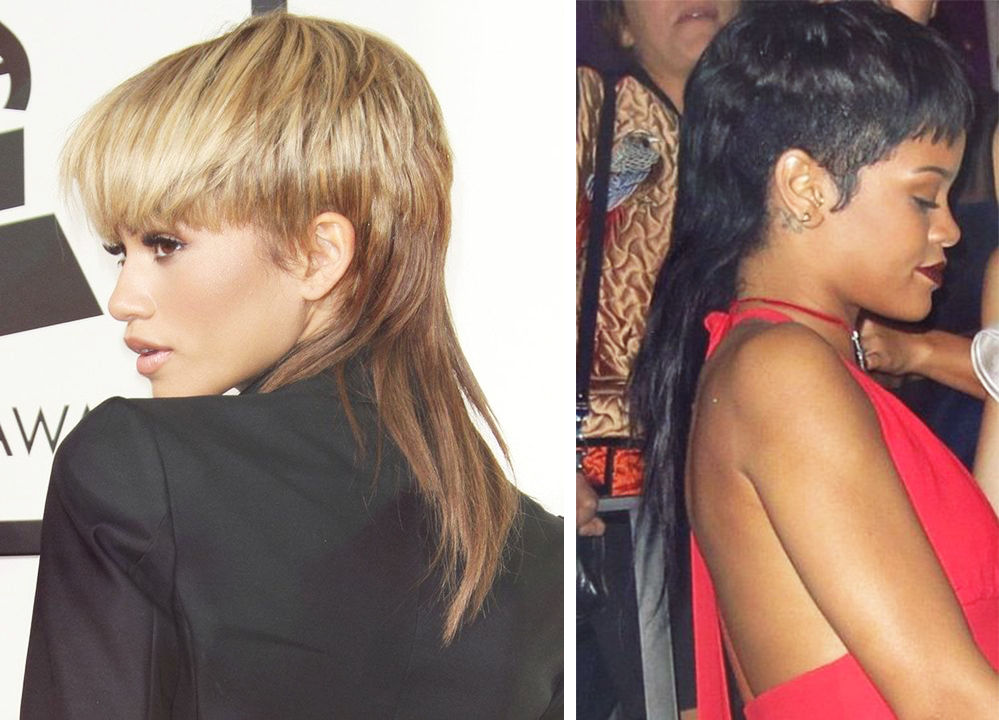 In 2020, many Western stars have already noted mallets. For instance, Miley Cyrus remains very feminine even with such a bold hairstyle. We tried the mallet model Barbie Ferreira, singer Billie Eilish and even Brad Pitt…

A haircut has several advantages at once. 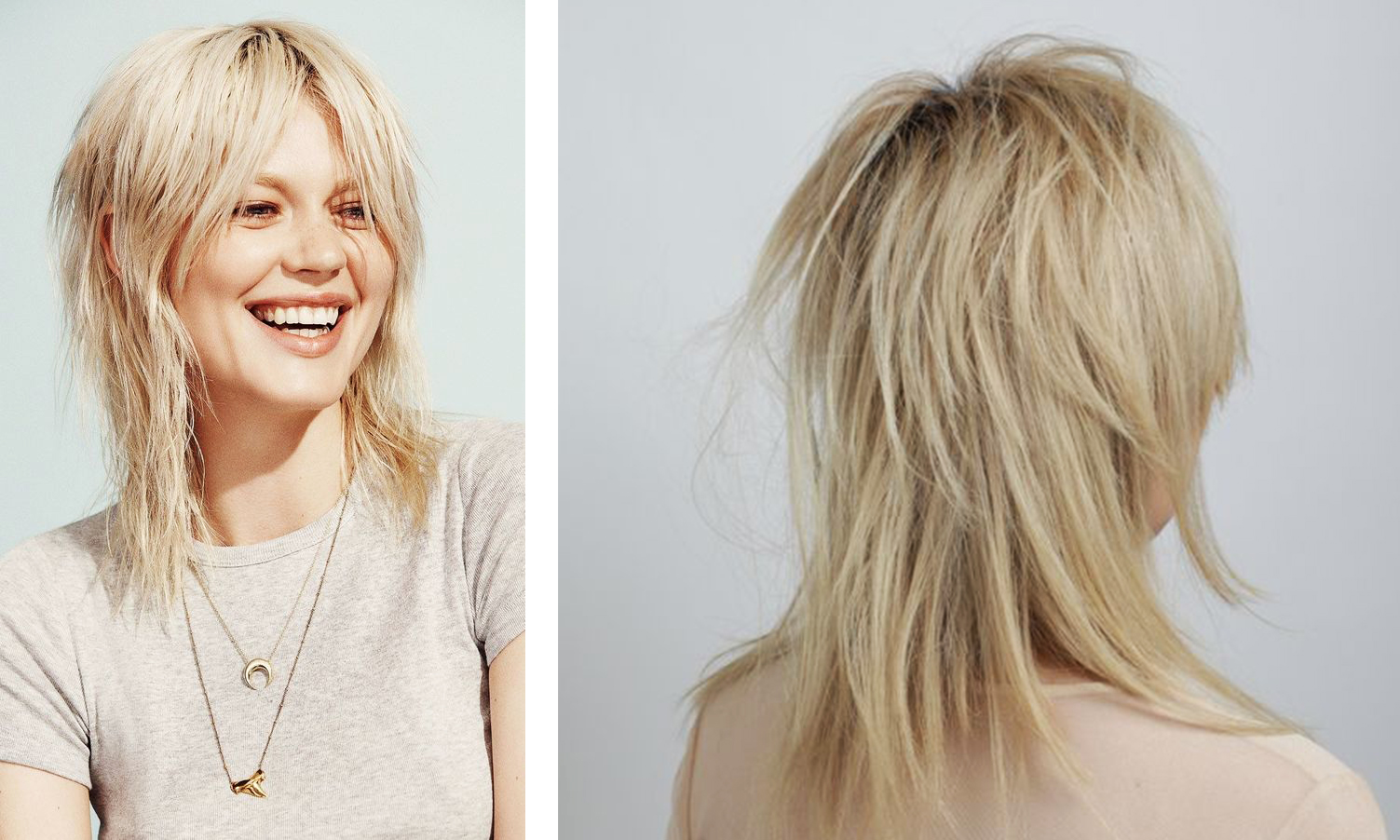 Another tip: if you want to try a short haircut for a long time, but still do not dare, you should start just with a mullet. The loss of length will not be too drastic.

Do not think that all haircuts of this type are performed the same way. You can play with the length of the hair in the front. It can be practically the length of a square, or it can be a very short “hedgehog”. There is no standard for the length of the back strands: they can be only a couple of centimeters longer, and maybe much more. That is why the haircut is becoming popular again and again: on its basis you can create, it gives the hairdressing freedom. 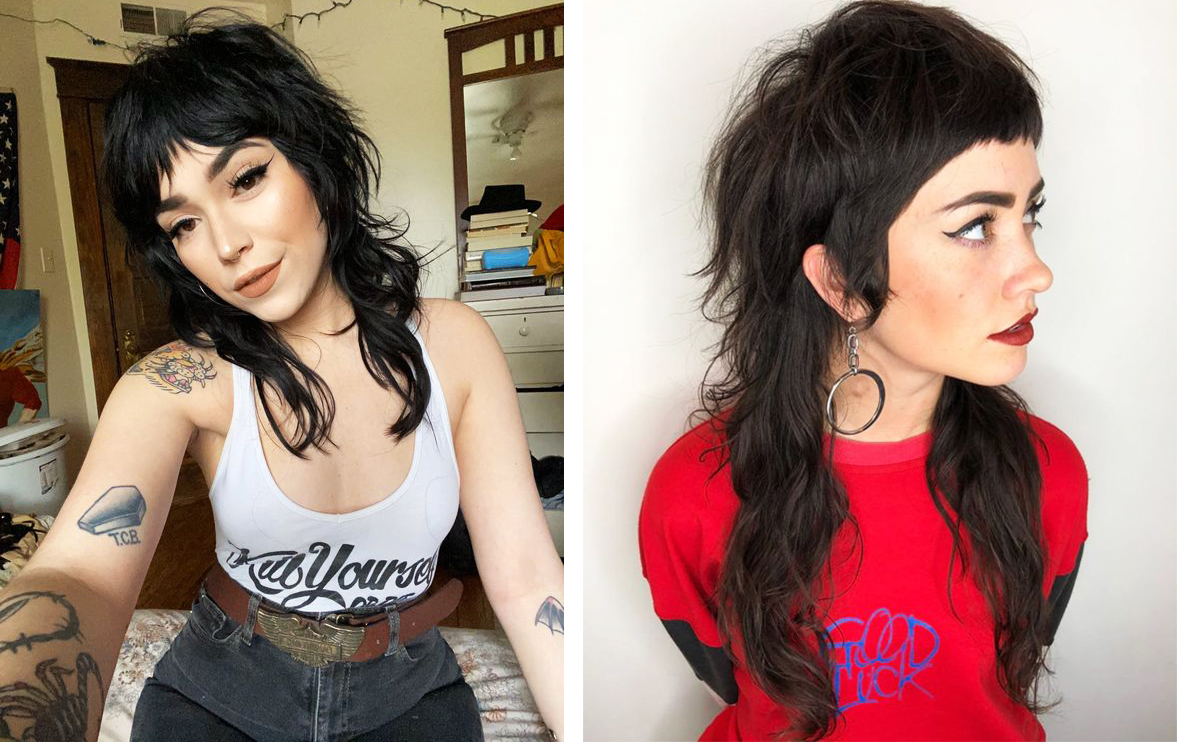 Also, stylists in 2020-21 recommend combining mullet with highlighting or color staining. You can emphasize different lengths with color blocks of different shades, you can, on the contrary, collect tiers together, thanks to one color. In my opinion, a great option if one mallet is not enough to express your rebellious nature! 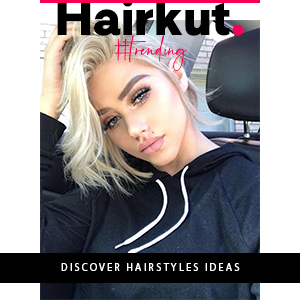 Today we will tell you what you need to pay attention to when choosing...

Brief and clear: how to choose hair styling tools?

Now I'm going to ask you a strange question. Do you remember the...

How to keep your hair cool?

Admit it, it's not so pleasant at all when something or someone does not...

How to check if your heat protectant is working?

I don’t know about you, but I flatly refuse to use thermal protective agents...

Whether your hair is long, medium or short, follow the tips of Hairkut, our editors offer you the best selection of hair styles trends, stylish haircuts, inspirations and more, all with pictures!